A black widow, dangling by herself on a single thread, is a deadly thing.

Tony accuses Natasha of not being able to let go of being a double agent. In fact, it’s Tony who isn’t able to let go, in this case, of the idea that he’s running this show. He’s too used to having his words and ideas deferred to for him to understand that, this time, no one’s listening to him. Even when he’s confronted with that in the next scene on the prison ship, he can’t internalize it. Instead, he vows to play petty games with his phone the next time the Secretary wants something from him.

Natasha, however, knows she’s not running the show. She knows the people making decisions aren’t listening to her and haven’t been since she was a child. Her trainers didn’t listen to her. She listened to them or she died. The same was true for her handlers. Forget politicians. Death may not be overtly on the table, but listening-wise, they’re no different. The only people who ever listened to her were Avengers, which is why she’s an Avenger. Right now, though, most of the Avengers have too much going on to be able to really listen to each other.

If someone pointed at me and said, ‘Do you want to do a Black Widow movie?’, the answer would be ‘Duh!’ 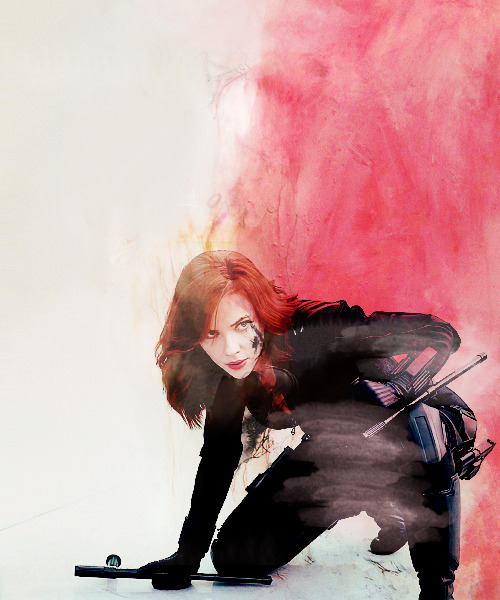 DEADLINE: You’ve got a bunch of characters in this movie from Falcon and War Machine and Black Widow and Hawkeye, who have so far guest starred in movies with another characters title above the fold. Is there one destined to get a solo movie down the line?
FEIGE: We’ve announced the next nine movies, ten counting Civil War, through the end of 2019. Where we go beyond that are ongoing discussions that we’ll focus on in the next few years because we have a lot to do before then. Of the characters that you’ve just mentioned I would say certainly the one creatively and emotionally that we are most committing to doing is black widow.

DEADLINE: Why?
FEIGE: We think she’s an amazing character. We think Scarlett Johansson’s portrayal of her is amazing. She’s a lead Avenger and has amazing stories in her own right to tell that we think would be fun to turn into a standalone franchise.

In Your Face Jam: This Black Widow GIF Made Me Care About “Civil War”

There are wolves, they would say. And there are stories about wolves and girls. Girls in red. All alone in the woods. About to get eaten up. Wolves and girls. Both have sharp teeth.