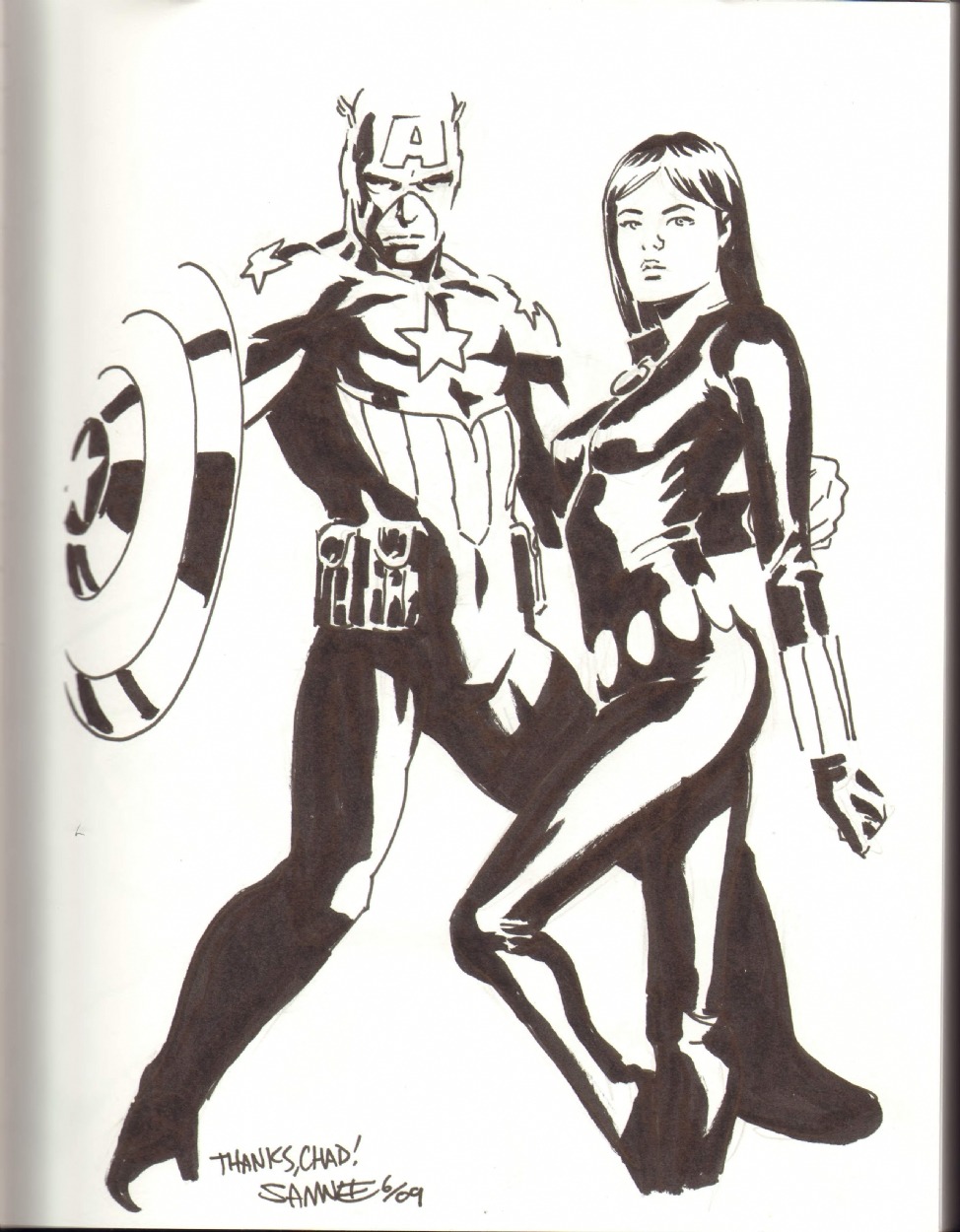 Source: Marvel June Solicitations ETA: they took it down, but I saw the Captain America 619 solicit and that was what it said. 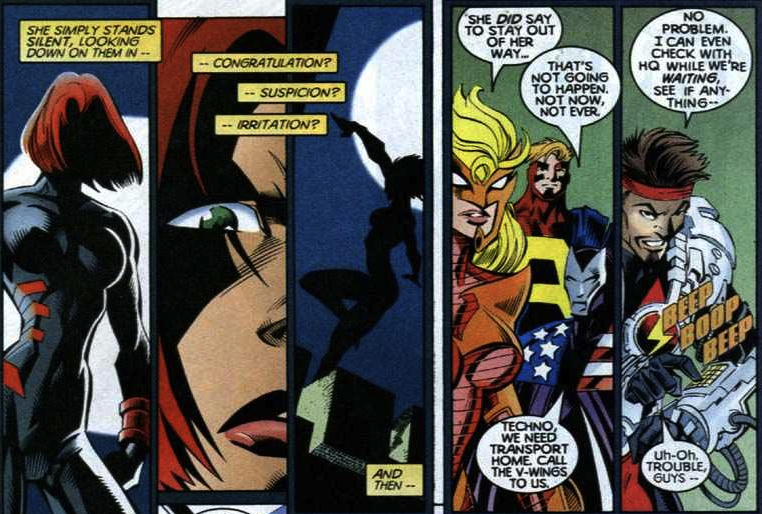 I like that she can just intimidate the hell out of this team. Still Thunderbolts #3, still Busiek/Bagley. 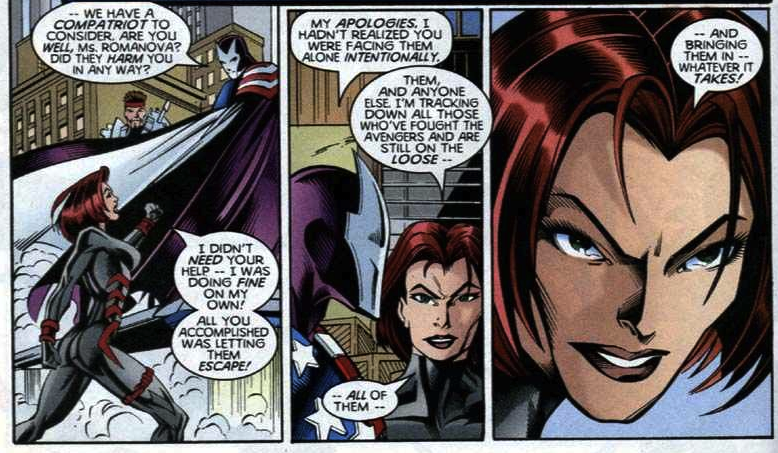 The Avengers disappear, and this is Natasha’s plan. From Thunderbolts #3, a Busiek/Bagley joint. 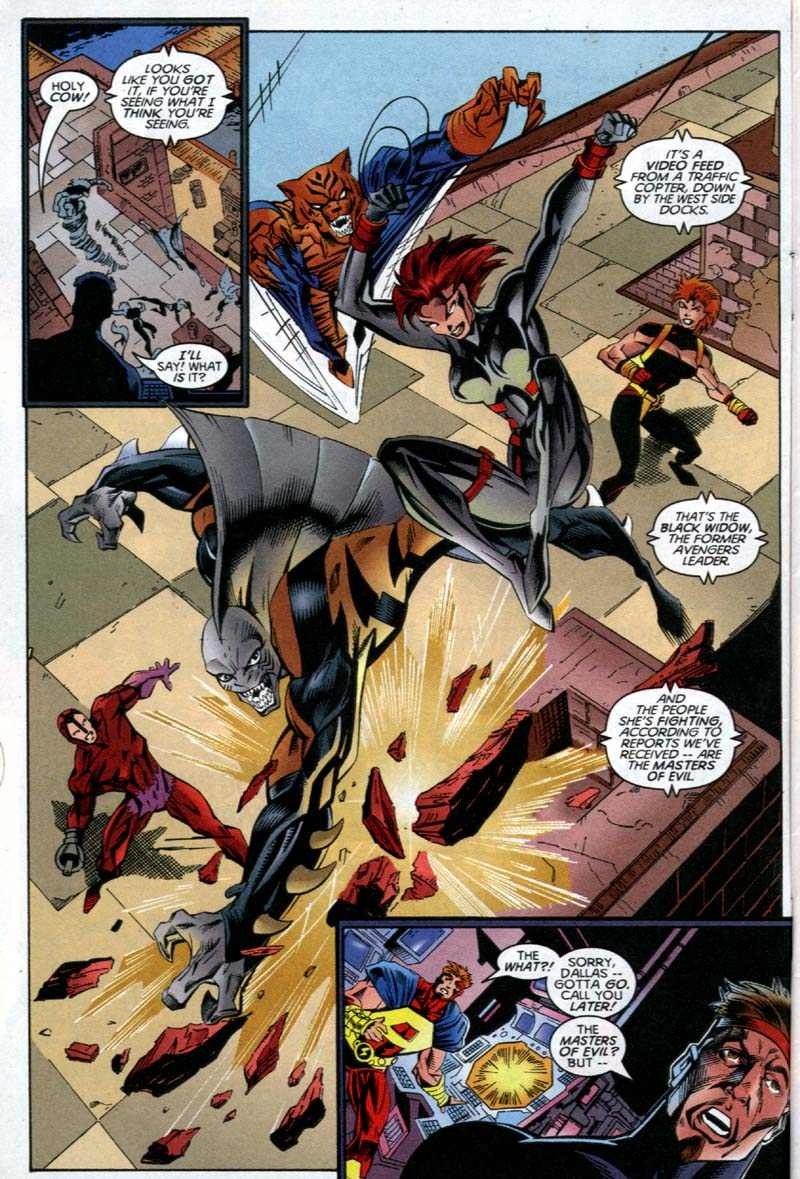 Remember her 90s costume update? Yep. From Thunderbolts #3, by Busiek/Bagley. 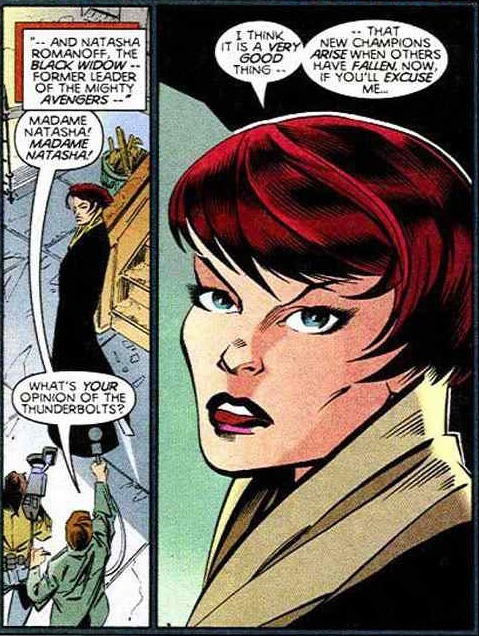 Thunderbolts is a now a long-running, ever changing franchise, but it got its start in Heroes Reborn, an event where most of the big name heroes seemed to have died, but instead got shoved into a pocket universe where they were drawn by Rob Liefeld. (Some would argue, a fate worse than death.) With most of the heroes gone and the Avengers disbanded, a new team of heroes, called the Thunderbolts, showed up to fill in the gaps.

Hint: they were really the Masters of Evil.

As a villain-turned-Avenger, Natasha’s always had a certain thematic affinity for the Thunderbolts, a team of badguys gone good (?). But she’s also played an actual role in the series from time to time, starting with the first issue.

From Thunderbolts #1, by Kurt Busiek and Mark Bagley 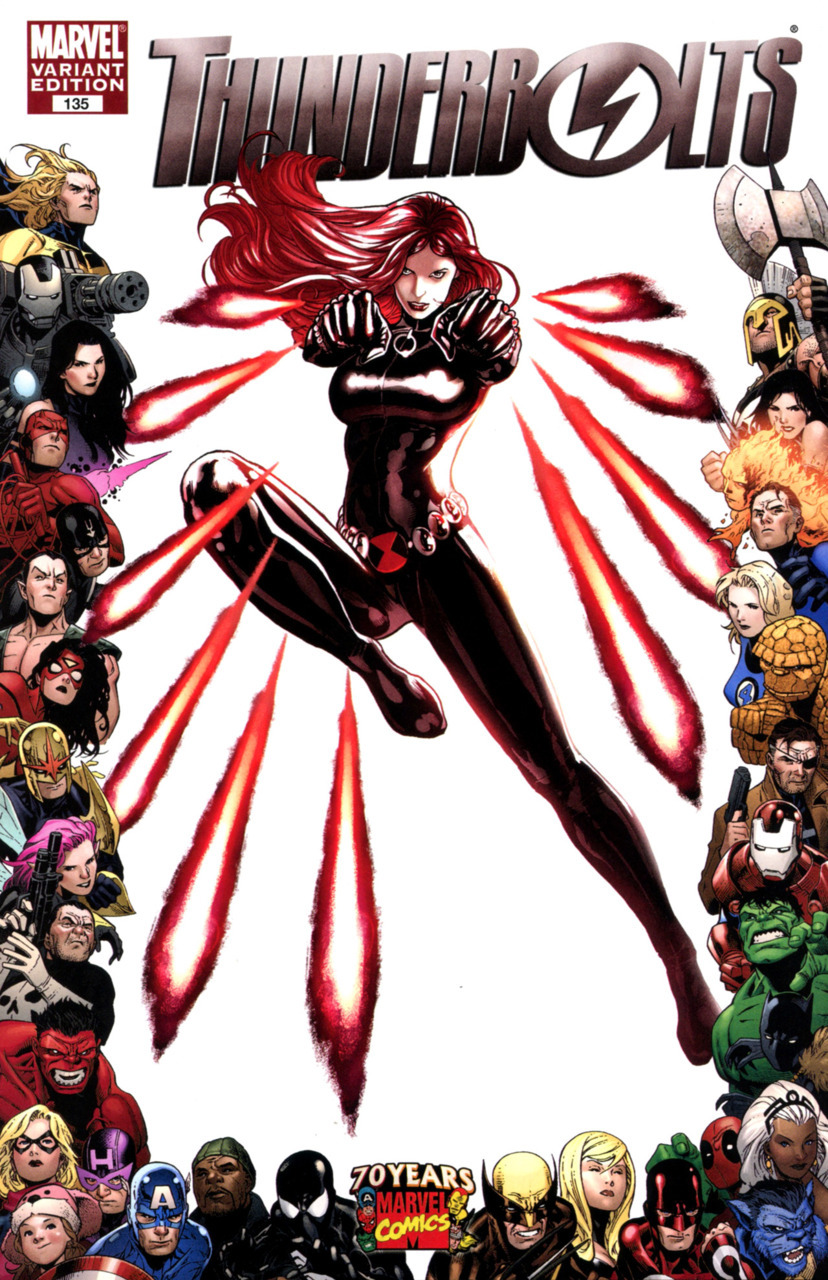 Haven’t updated in a while. So I’m declaring it Thunderbolts week! 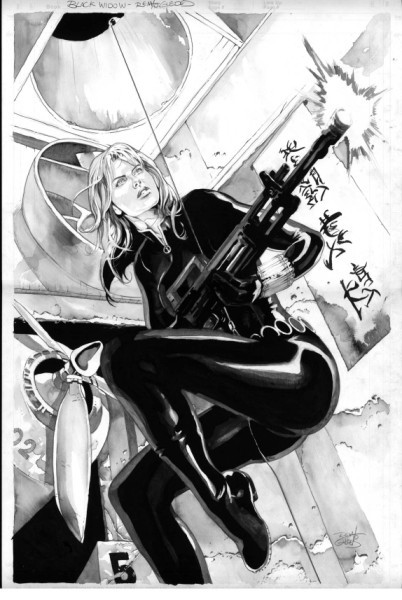 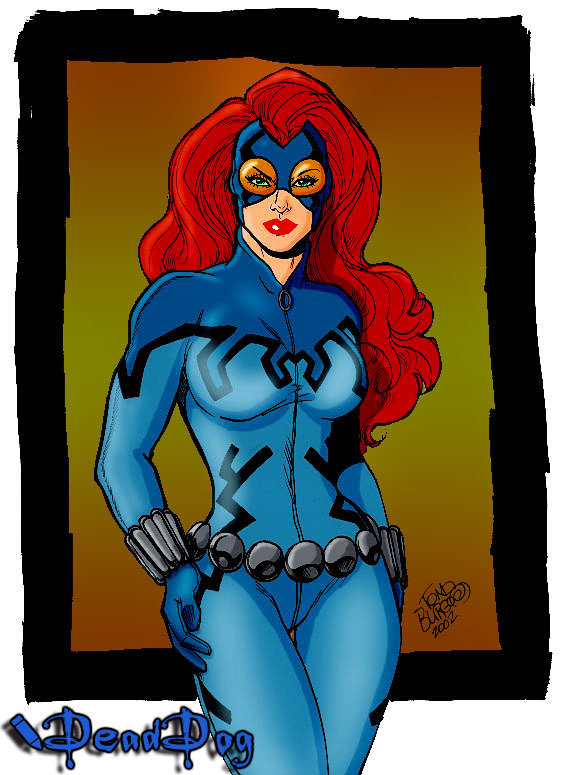 How about The Black Beetle from Amalgam Comics? 🙂 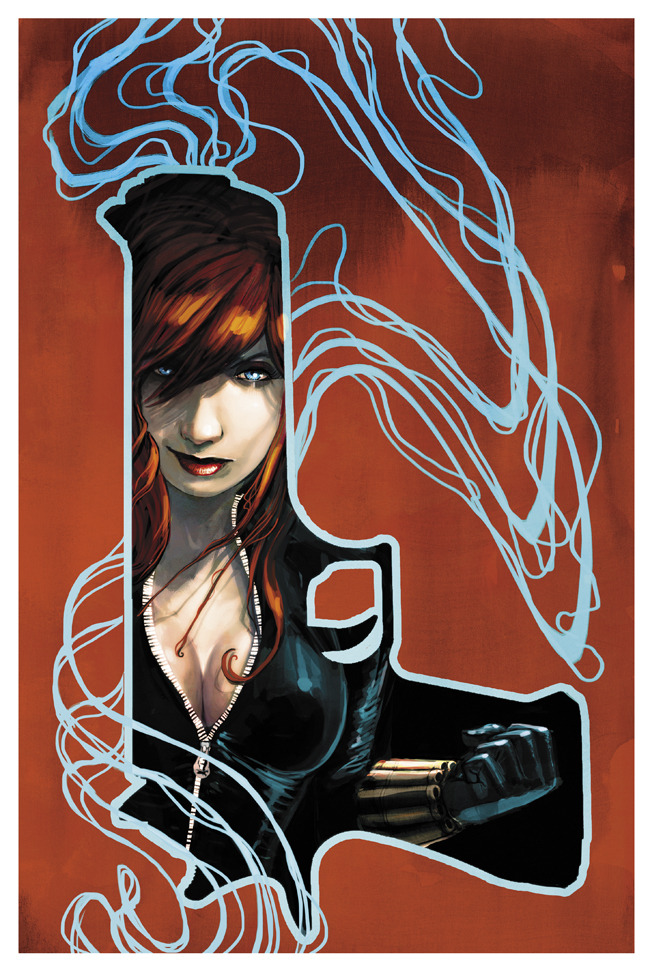 In last week’s Widowmaker #1, Natasha made a quip about Clint not doing his homework. So here is a scene from Incredible Hercules #114 in which Natasha does her homework.

To set-up: Civil War has just ended, and a team of Avengers including Black Widow, Wonder Man, and Ares, has been sent to capture the non-registered Hercules. Ares is being a memorable dick and has shot up Herc with some hydra venom, which sets Herc’s phasers to kill. Because Simon and Ares are engaged in their own private buddy comedy, Nat has to go up against a raging Herc alone. She uses her clout as Champions leader to boss the confused Herc around, eventually getting him to punch himself into an explosion. It’s crafty and awesome and I totally recommend the issue, arc, and run. 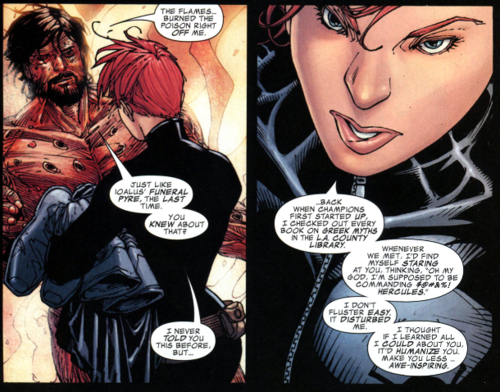 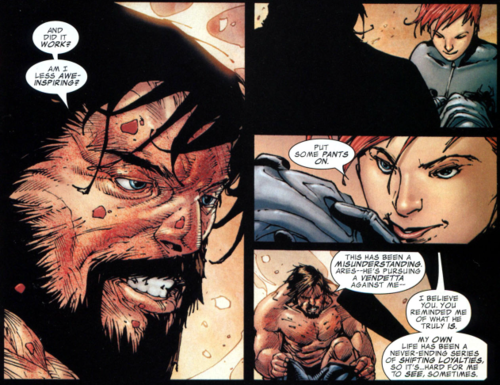 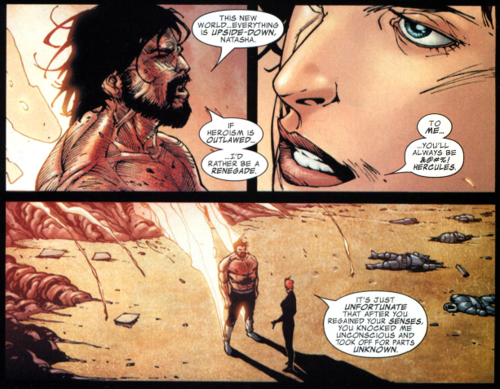 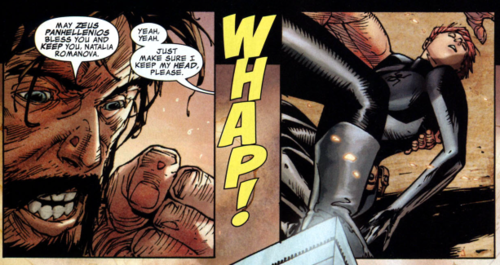 The romance between Natasha and Hercules was bizarre— it made a bit more sense in context. But I’m a huge fan of their current nearly platonic relationship. Strange cross-genre team ups are what shared universes are all about.