In recent issues of Marvel comics, you might have seen the teaser ads with famous quotes about fear, and a April 2011 date. (There’s one in Widowmaker: “If fear is not cultivated it will become stronger.”) Here’s a teaser video Marvel released, featuring more FEAR and some character portraits flashing. Natasha is in there twice. Other characters featured are Hawkeye, Magneto, Emma Frost, Rogue, Colossus, Mettle, Thing, Thor, and Spider-woman. 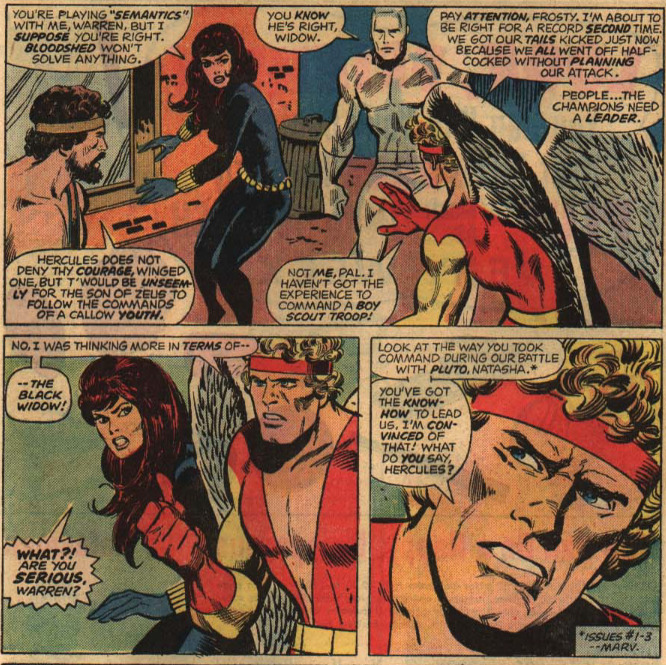 Storm is often cited as the first female leader of a Marvel superteam, but Natasha was voted leader of the Champions back in 1976, four years before Uncanny X-men #139.

A look at Natasha’s costumes through the years, and some of the other Black Widows, too.

Natasha was the first superheroine to get her own solo feature at Marvel— a social justice comic in the manner of the O’Neil and Adams Green Lantern/Green Arrow instead of the spy stuff she’s been known for before and since. The reactions in the letters column were mixed, but this is my favorite. 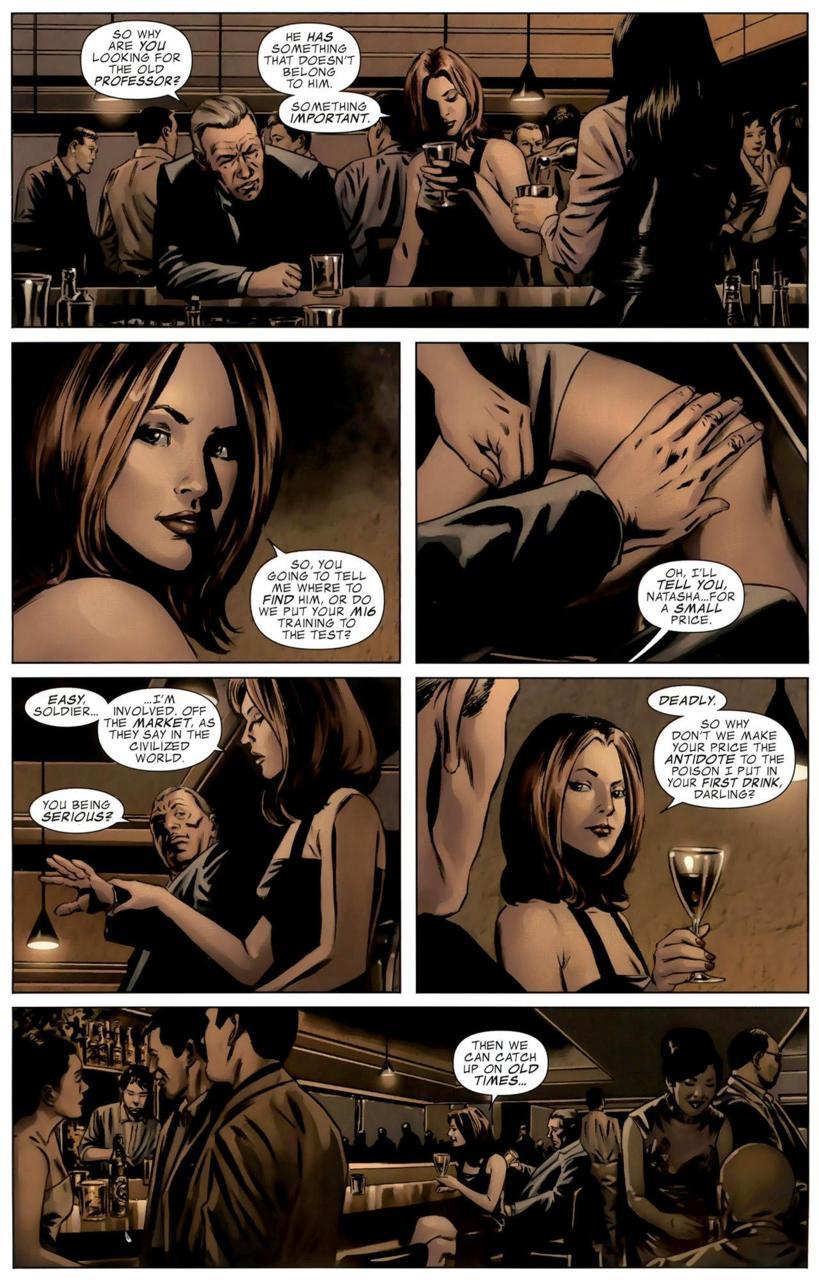 Haeresitic has just finished a lovely Bucky/Natasha picspam that covered their early history. I will spare you from reblogging the hell out of all of it, except to say I agree with most of what she says. I’ve included a page from issue #46 showing how seriously Natalia is taking this new relationship.

I will add that I really didn’t like “Black Widow: Deadly Origin” mini. I found it a horrible muddle of multiple art styles and needlessly complicating Widow’s back story. I just must not be wired the right way to “get” Paul Cornell’s stories. While I’ve liked his tv work, I don’t love his comics. Marjorie Liu, on the other hand, surprised the hell out of me with her Black Widow arc in incorporating Bucky as Nat’s supporter. They believe in each other, knowing full well they’ve both done things they’re not proud of.

I was always a bit unsure if this guy was meant to be sketchily old, or Epting just draws everyone that way.

So I have quite a few problems with the Deadly Origin miniseries, but one of the biggest is this scene. 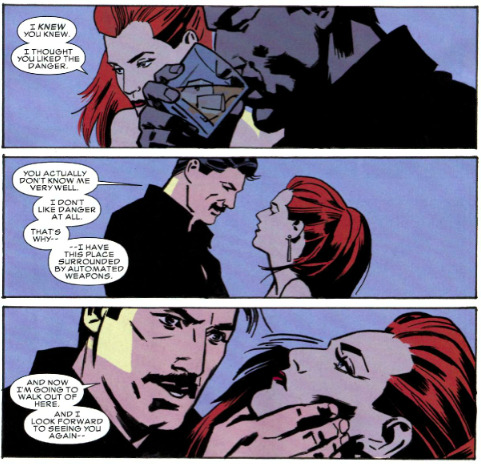 “…when you’ve decided to be a real person.”

This is mostly because in the original, that scene went much differently. Instead of Tony Stark demeaning Natasha with body language and pulling the moral high ground out of nowhere, we got this. 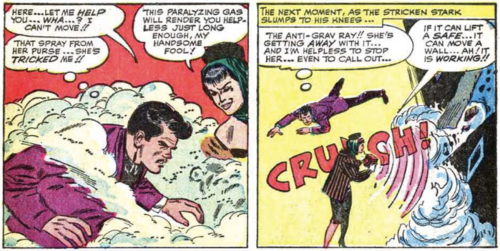 Leading to her true villainous downfall… 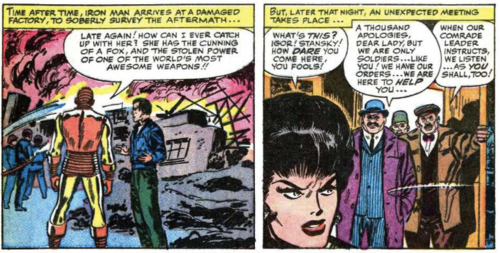 The incompetent goons the USSR saddled her with, because as a woman the state wouldn’t let her defend herself!! Natasha was a formidable foe for Iron Man, and his mental match, inhibited mostly by her lack of physical power and overzealous henchmen. (Yes, including Clint.) She was not an incompetent seductress in need of relationship lecturing from Tony Stark of all people. It’s a touch worrying when Stan Lee is writing a woman more in charge of herself and her abilities than a comic that came out in 2009.

Personally, I imagine the flashbacks are seen through Ivan’s newly acquired misogynovision, and that placates me somewhat.

Scans from Black Widow: Deadly Origin #2 and Tales of Suspense #53