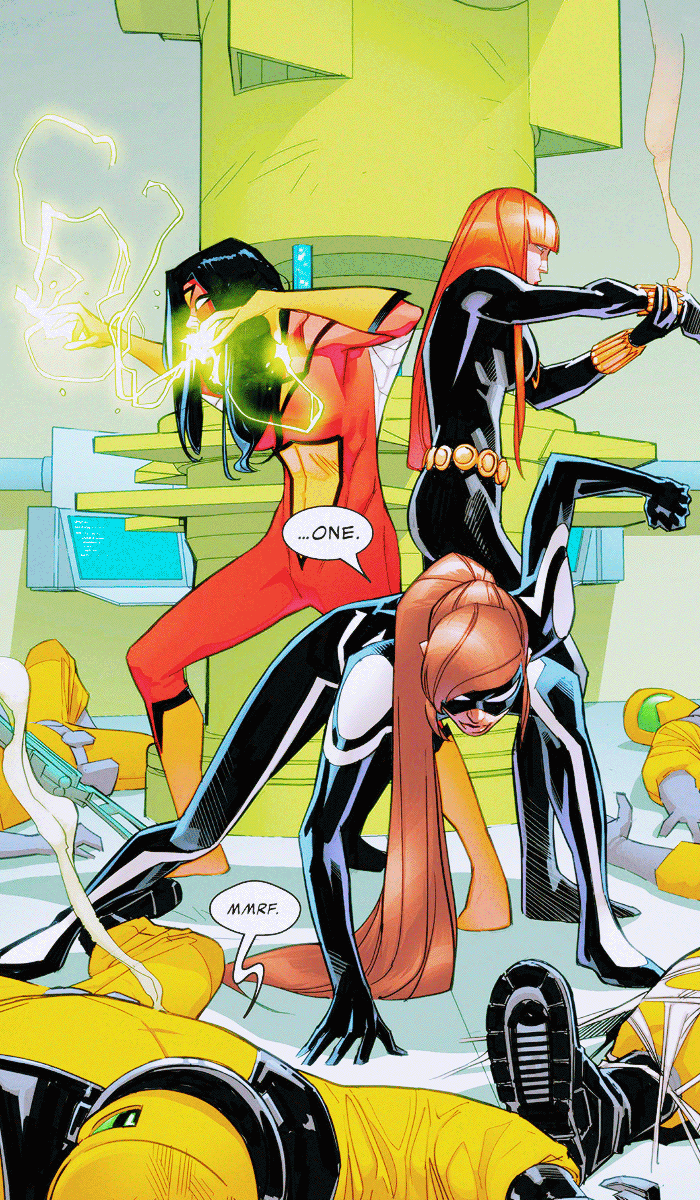 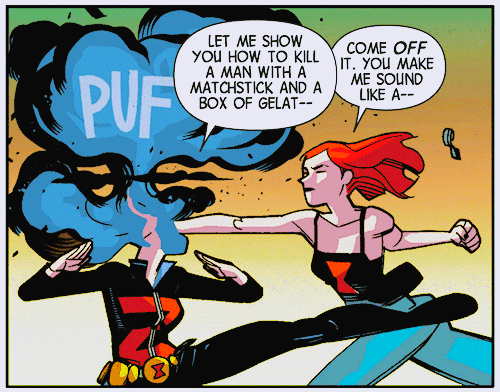 Doppleganger: Let me show you how to kill a man with a matchstick and a box of gelat—
Natasha: Come off it. You make me sound like a—

From Avengers Assemble Annual #1, by Kathryn Immonen and David LaFuente. 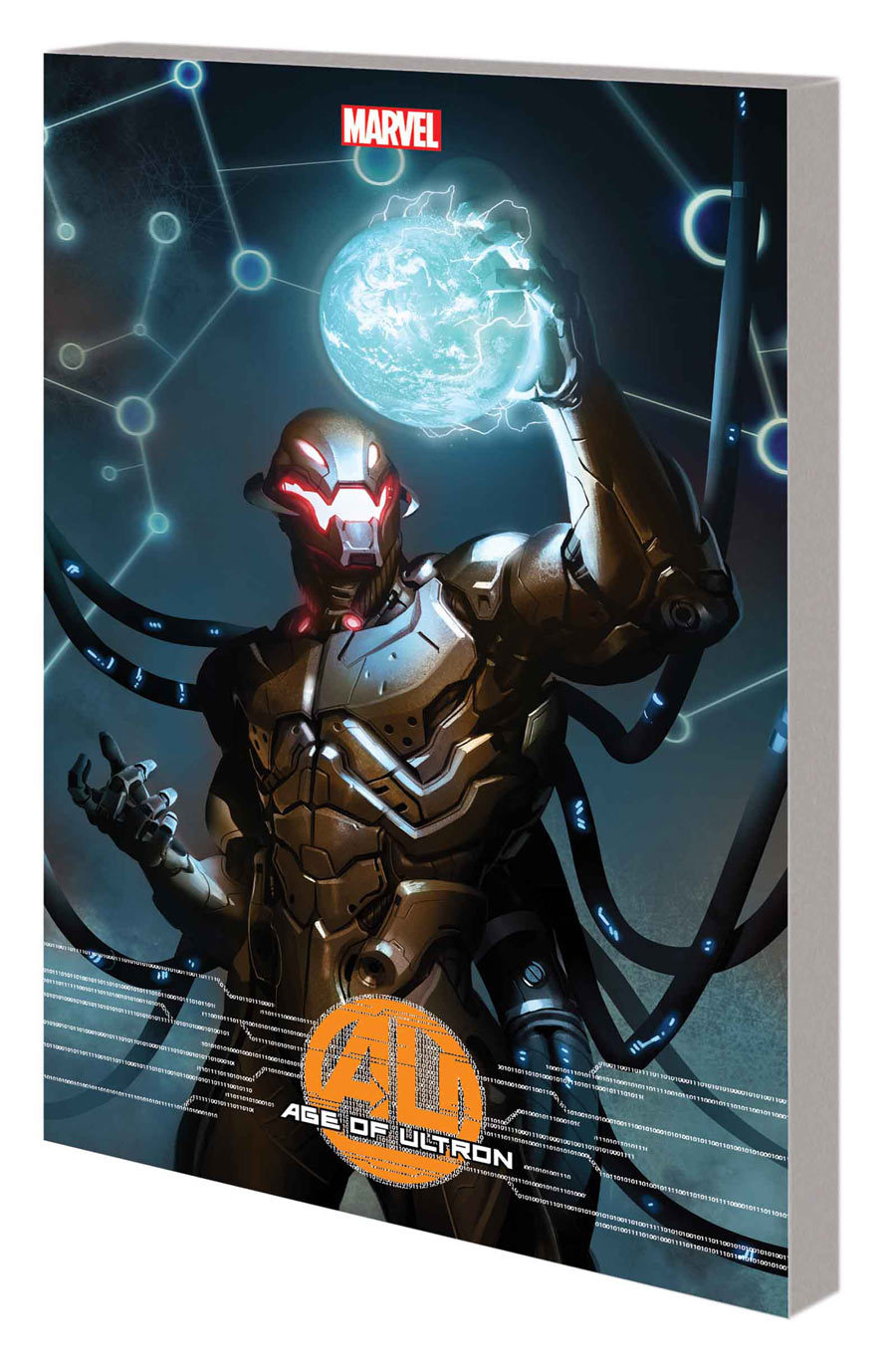 The Al Ewing/Butch Guice Avengers Assemble #14AU was a great little one-off for Natasha and will be traded in this volume. But if that’s all you’re after, it’s a lot cheaper to find that issue in the bargain bins. If, however, you are after the entire Age of Ultron tie-in experience this will get you set. 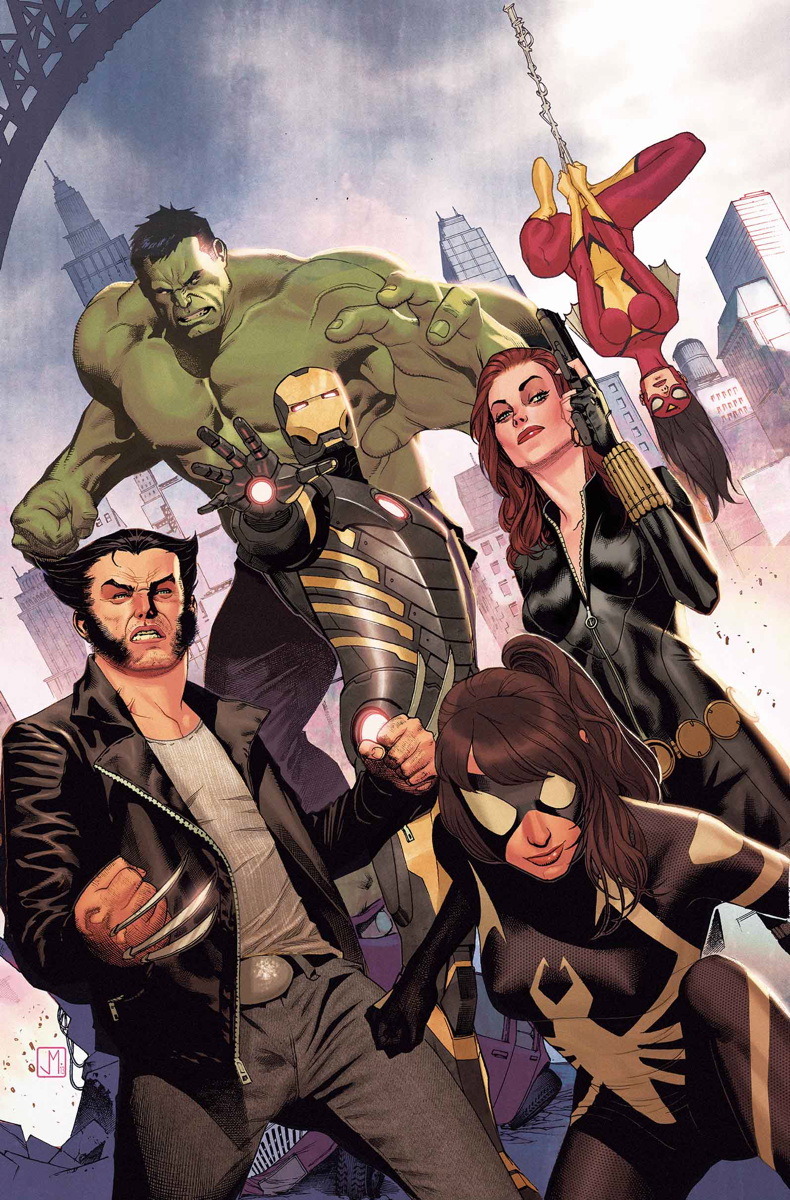 AVENGERS ASSEMBLE #25
KELLY SUE DECONNICK & WARREN ELLIS (W)
MATTEO BUFFAGNIX (A)
Cover by JORGE MOLINA
ALL-OUT WAR IN NEW YORK CITY!
• The demented Dr. June Covington has taken on A.I.M., and is winning. The Avengers are caught in the middle of this Mad Science War!
• But, now, this situation is more important – because there’s a second Terrigen cocoon in New York, ticking like a time bomb, about to go off, Covington wants it and A.I.M. has it.
• SPIDER-GIRL, who has been mentored by the Avengers in her search for her teacher, abducted by Covington for Nefarious Genetic Purposes, now leads the charge, as the Avengers Assemble to end this conflict before the Terrigen cocoon explodes and New York is doooooomed.

Jess: How many markers? How many blank checks still outstanding?
Natasha: Eight.
Jess: Are they all this… bad?
Natasha: Not all of them… some of them are much worse.

From Avengers Assemble #18 by Kelly Sue DeConnick and Barry Kitson.

AVENGERS ASSEMBLE #21
KELLY SUE DECONNICK (W)
MATTEO BUFFAGNI (A) • JORGE MOLINA ©
·Remember all that crazy science from earlier issues?? Here’s where it gets positively INHUMAN!
· When Spider-Girl is in trouble…who does she go to?
· Black Widow, Spider-Girl and Spider-Woman.
· Spider-Woman as a mentor…Who thought this was a good idea?

Some solicits. Anya really goes through these superhero mentors, huh? Carol, then Sue, now Jess? I’m happy to see DeConnick back on the book after the event.

Man: Help me— I— I can’t feel my legs—
Natasha: —One of the sewer workers. No time to reach him. They’re right on top of us. All my training screams at me to turn away. An acceptable loss, for the greater good.
Man: Please—
Natasha: I’m coming.
—But there’s only so much of myself I can lose.
Man: Please— I don’t want to die here—
Natasha: Give me your hand— give me your— no!

—For that, Ultron, for that cruelty, especially. For that I will make you pay. For that, and for Richard, you damned soulless machine.

From Avengers Assemble #14 AU, by Al Ewing and Butch Guice.

Natasha: Wait, is that me in there?
Richard: The photo? It’s, uh… well, do you remember that party the night we bought Champions HQ? When we met George? That was… kind of the best night of my life. I mean, we were all together in the same city, Ivan was still alive… it felt like, I don’t know… like we were doing something good… cheap sentiment, I guess. Sorry.
Natasha: Don’t be.
— All right. Not a complete disaster.
George: Hey, remember Bobby throwing up in the elevator?
Natasha: Oh Lord, it was like a slurpee—
— They’re good people. Good friends. Like I said, without moments like these— people like this— I’d go a little crazy.

Old Woman: She was afraid you would forget what’s important.
Natasha: Never.

From Avengers Assemble #14AU by Ewing and Guice & Black Widow #4, by Liu and Acuña.