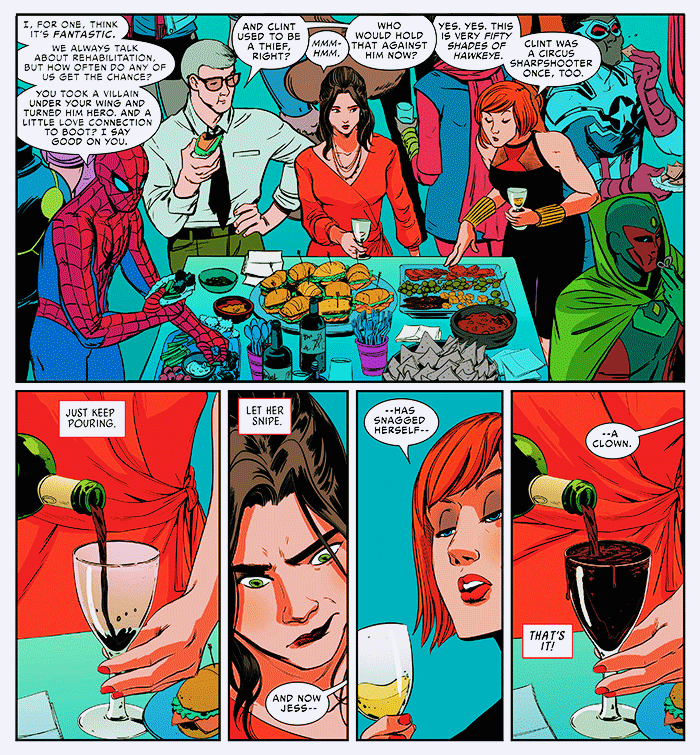 Elder: Must be one hell of a package you’re handing over. You do have it, yes?
Natasha: Who am I, Hawkeye? Of course I do.

From Black Widow #5 by Chris Samnee and Mark Waid.