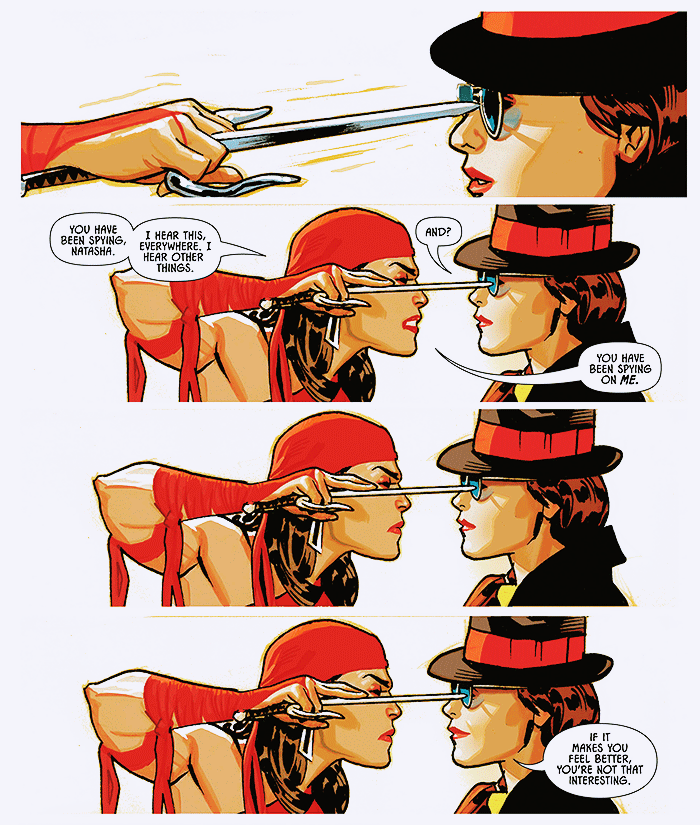 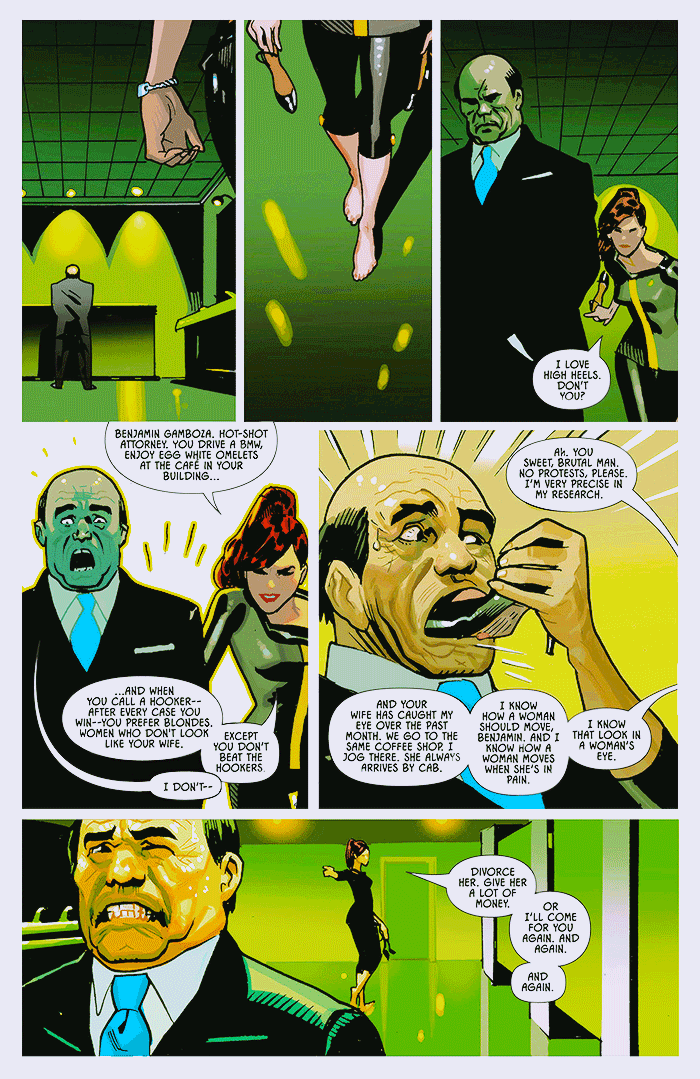 Natasha: I love high heels, don’t you? Benjamin Gamboza, hot-shot attorney. You drive a BMW, enjoy egg whtie omelets at the café in your building… and when you call a hooker— after every case you win— you prefer blondes. Women who don’t look like your wife. Except you don’t beat the hookers.
Gamboza: I don’t—
Natasha: Ah. You sweet, brutal man. No protests, please. I’m very precise in my resarch. And your wife has caught my eye over the past mont. We go to the same coffee shop. I jog there. She always arrives by cab. I know how a woman should move, Benjamin. And I know how a woman moves when she’s in pain. I know that look in a woman’s eye. Divorce her. Give her a lot of money. Or I’ll come for you again. And again. And again.

From Black Widow #1 by Marjorie Liu and Daniel Acuña. 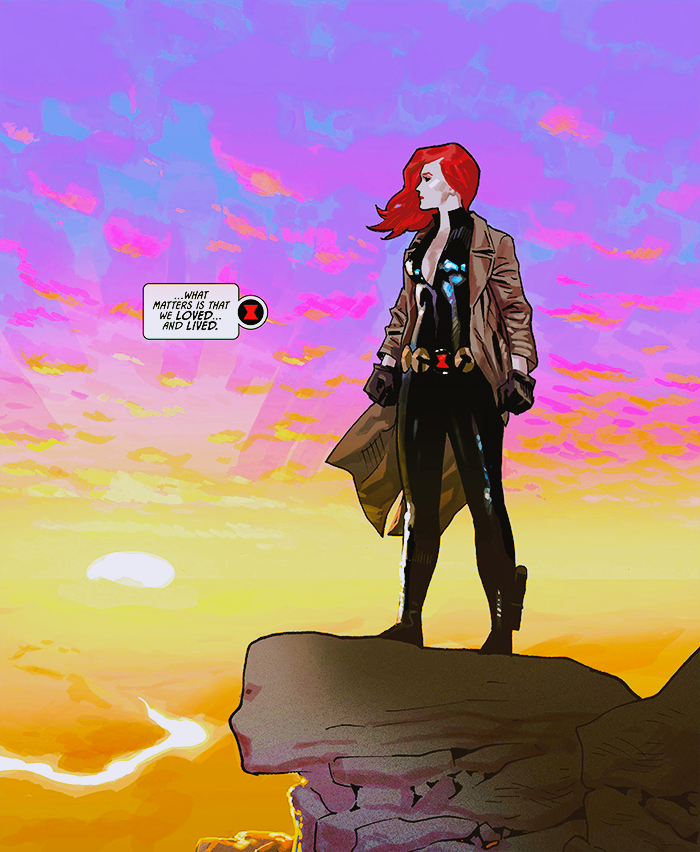 It’s not the length of a life that matters, just the depth of it. The chances we take. The paths we choose. How we go on after our hearts break. Hearts always break. And so we bend with our hearts. And we sway. But in the end… what matters is that we loved… and lived.

From Black Widow #5, by Marjorie Liu and Daniel Acuña. 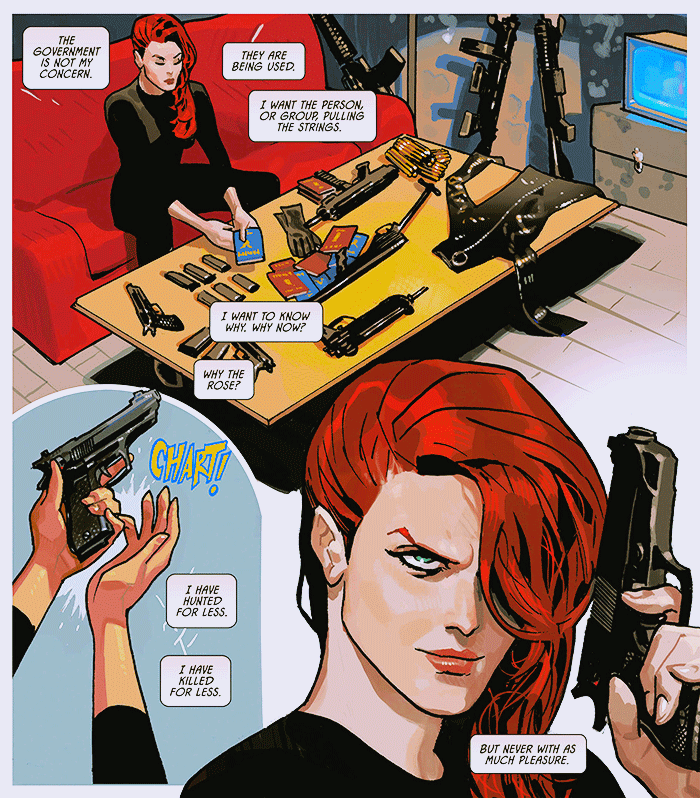 The government is not my concern. They are being used. I want the person, or group, pulling the strings. I want to know why. Why now? Why the rose? I have hunted for less. I have killed for less. But never with as much pleasure.

From Black Widow #2, by Marjorie Liu and Daniel Acuña. 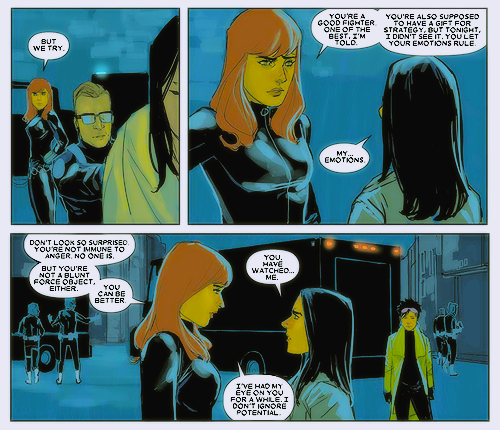 Natasha: You’re a good fighter. One of the best, I’m told. You’re also supposed to have a gift for strategy. But tonight, I didn’t see it. You let your emotions rule.
Laura: My… emotions.
Natasha: Don’t look so surprised. You’re not immune to anger. No one is. But you’re not a blunt force object, either. You can be better.
Laura: You. Have watched… me.
Natasha: I’ve had my eye on you for a while. I don’t ignore potential. 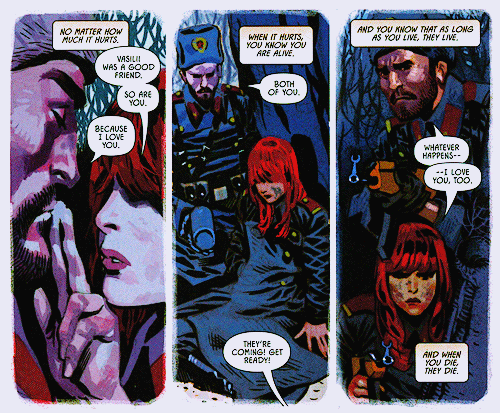 Natasha: Vasilii was a good friend. So are you.
Nikolai: Because I love you. Both of you. Whatever happens—
Natasha: —I love you, too.
When it hurts, you know you are alive. And you know that as long as you live, they live. And when you die, they die. 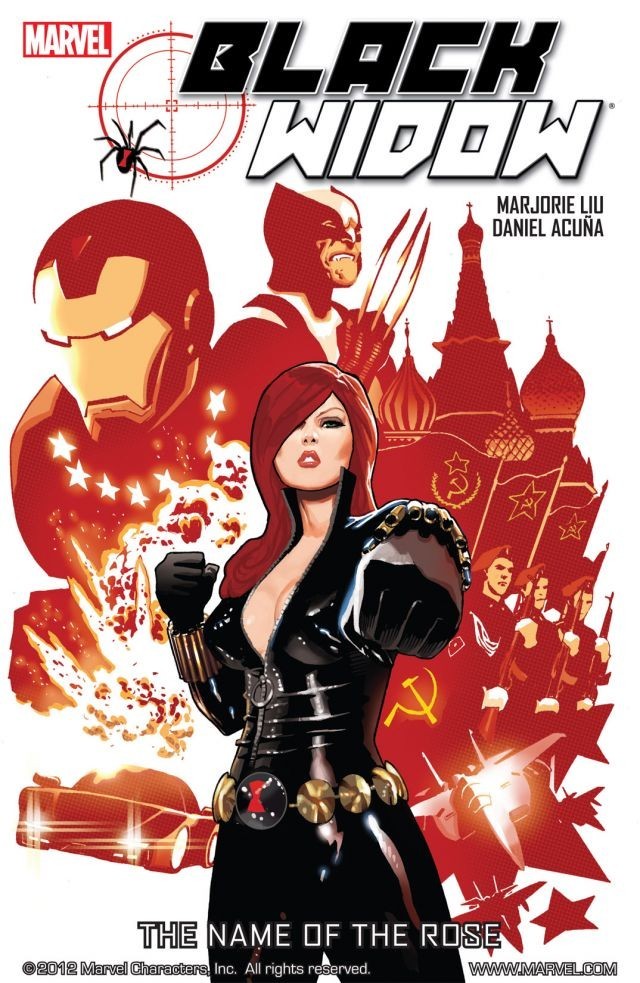 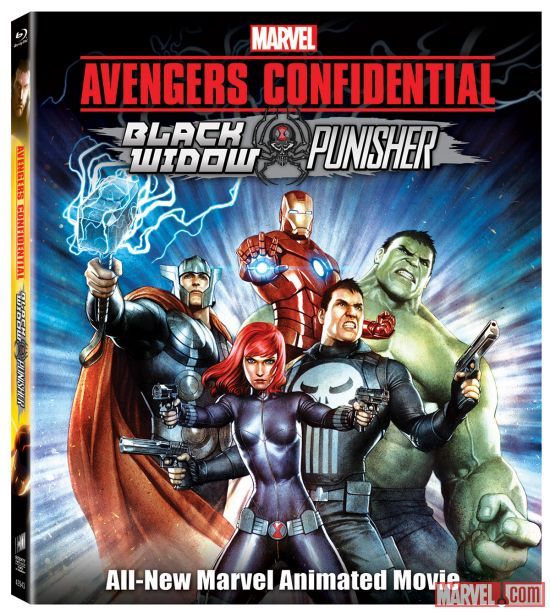 Jeph Loeb announced a Black Widow/Punisher animated film about a year back, so I wasn’t surprised to see it being officially announced and trailered and everything. I was surprised to see Jennifer Carpenter doing Natasha’s voice, but a good kind of surprise. And then I found another good surprise on Marvel.com:

“Avengers Confidential: Black Widow & Punisher” was directed by Kenichi Shimizu, with a story by Marjorie Liu and screenplay by Mitsutaka Hirota.

I am going to repeat that with italics: they got Marjorie Liu to write this thing.