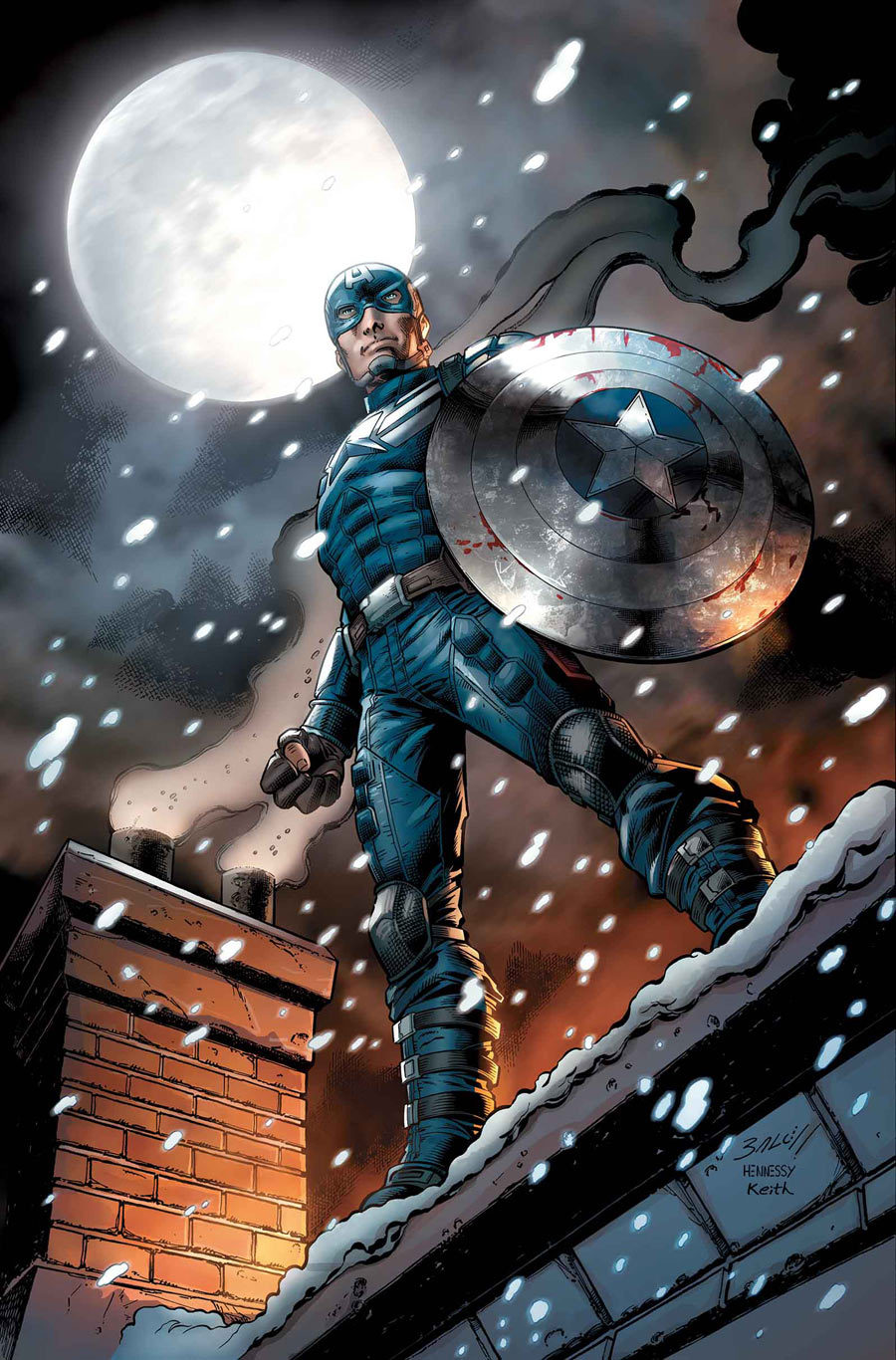 Fred Van Lente wrote Black Widow Strikes, the previous MCU Natasha mini that also happens to be one of the few Black Widow comics I’m really mean about. But, this will probably be much better, since it seems like it wasn’t commissioned for Maxim. Imagine!

Jess: How many markers? How many blank checks still outstanding?
Natasha: Eight.
Jess: Are they all this… bad?
Natasha: Not all of them… some of them are much worse. 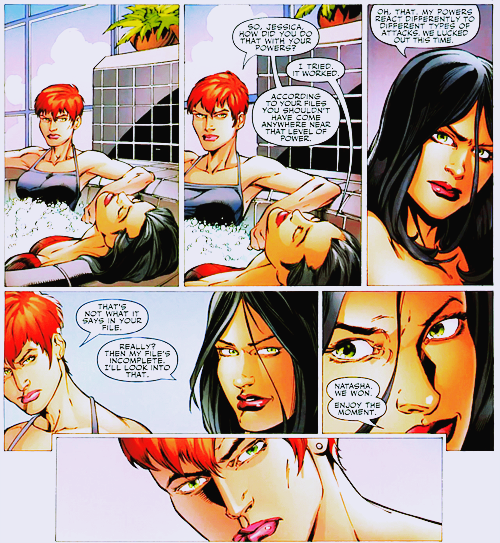 Natasha: So, Jessica, how did you do that with your powers?
Veranke: I tried. It worked.
Natasha: According to your files you shouldn’t have come anywhere near that level of power.
Veranke: Oh, that. My powers react differently to different types of attacks. We lucked out this time.
Natasha: That’s not what it says in your file.
Veranke: Really? The my file’s incomplete. I’ll look into that. Natasha. We won. Enjoy the moment.

Of course, Bendis already established Natasha’s superiority over skrullkind. Can I just say how much I appreciated a giganto-crossover with the theme “Who can you trust?” that showed Natasha as maybe the most trustworthy Avenger of them all?

From Mighty Avengers #11, by Brian Michael Bendis and Mark Bagley. 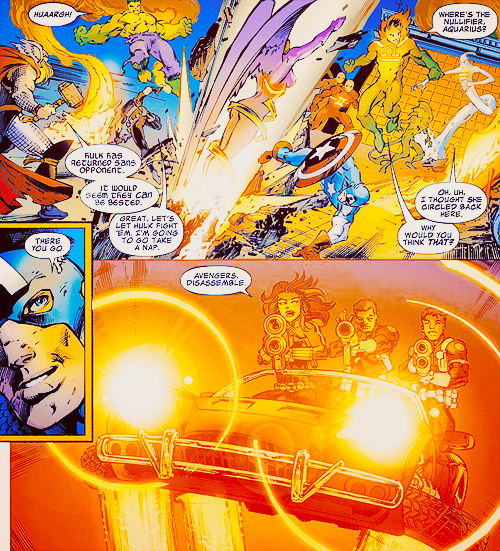 Libra: Where’s the Nullifier, Aquarius?
Aquarius: Oh, uh, I thought she circled back here.
Libra: Why would you think that?
Steve: There you go.
Natasha: Avengers disassemble.

From Avengers Assemble #3, by Brian Michael Bendis and Mark Bagley.

Natasha: Be quiet or I will tell everyone at your funeral what your favorite movie is.
Clint: What? Don’t even joke.
Natasha: Sshh.
Clint: Because I know a lot of things about you, you know.

From Avengers Assemble #1, by Brian Michael Bendis and Mark Bagley.

AVENGERS ASSEMBLE #5
· The secret behind Avengers Assemble is revealed but what does it mean for the future of the Marvel Universe?
· PLUS: The return of the characters you demanded!

WINTER SOLDIER #8
· Bucky vs. Black Widow
· Old enemies resurfacing with new codenames.
· And nothing will ever be the same.

Some July solicits, to get you speculating. 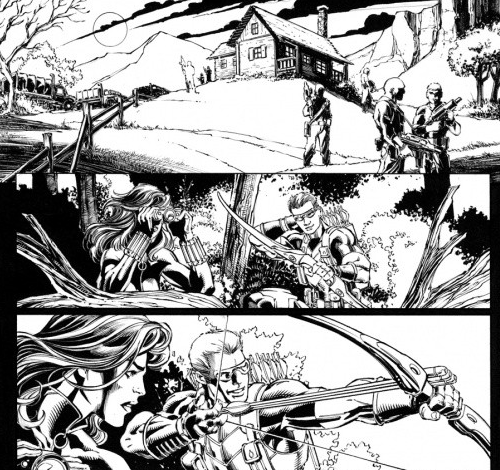 Natasha: I’m proud of you, Clint.
Clint: Yeah?
Natasha: This is a very hard road you have undertaken.
Clint: An’ we’ve been hittin’ a lot of potholes lately, too!
Natasha: Do you regret the endeavor?
Clint: Sure, ‘Tash, there’s days when it’s tough, but overall— this is the best thing I’ve ever done in my entire life!
Natasha: There’s something— someone— else, isn’t there?
Clint: You can tell?
Natasha: I know you. Even though she’s a bit young for you, Songbird seems like a good person…
Clint: Songbird? No— no—
Natasha: Uhm… Jolt is a teenager— and dead! Mach-2 and Atlas don’t seem your type… well, maybe Atlas.
Clint: ‘Tasha!
Natasha: No. Oh please, Clint, tell me it’s not… *sigh* — if falling in love with that harridan weren’t clue enough— it’s obvious now where your sympathies lie.

So NYCC announced not one but two new Avengers lineups featuring Natasha and Clint, who have actually never really been on a team together!! (Ikr? Closest was the confused Avengers non-lineup circa the Crossing.) Since Bagley is drawing one of the books I am using this as an excuse to repost some Thunderbolts, which highlights her real and ongoing respect for him and how far he’s come, casual Clint semi-nudity, and also that Natasha thinks Atlas is maybe his type.

From Thunderbolts #43, by Fabian Nicieza and Mark Bagley.

If Marvel was trying to keep Thor spoilered from this image, they did a really bad job.