I am working on putting together a FAQ page about Black Widow. So feel free to submit any ~burning questions~ you might have. I’m obsessed; I can probably answer.

The Ultimate Trollvenger: What is Natasha’s last name?

It’s not Romanov/Romanoff, because that was just a lie. When the building they were in caught fire during an…

Yeah, actually it is Romanova. The patronym for “daughter of Roman” is Romanovna, as far as I can tell. Her patronym is Alianovna, according to the Marvel handbook and most comics— it’s a bit weird as Alian is not a typical Russian name. In Iron Man v3 #8, Kurt Busiek might have tried to retcon it to Ivanovna, which might make sense given her relationship with Ivan Petrovitch, or it could just be a random error. 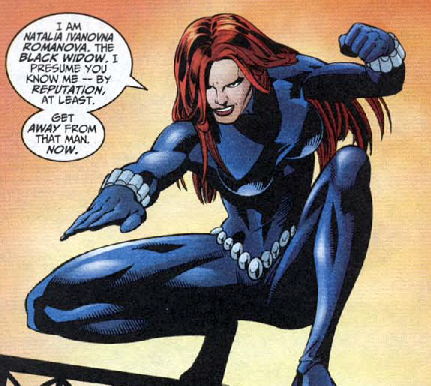 As for the Romanov connection, i.e. whether or not she’s one of the Romanovs, I felt that Cornell’s Deadly Origin pretty much explicitly confirmed that. She’s had definite connections to the Russian aristocracy since the early 1970s— she was referred to constantly as a countess in the Daredevil and the Black Widow issues, but they seem to have dropped that with time. I’d say she’s been hinted to have connections to the dynasty since 1990s Claremont, at least. 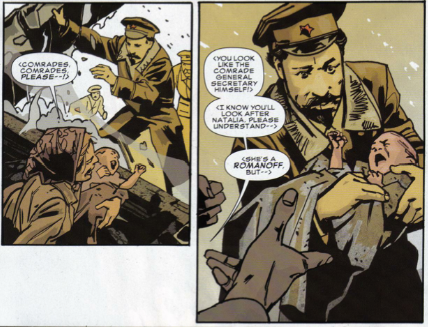 Of course, Romanov is a fairly common last name in Russia. Now, if this old lady is lying about it— and she has no in-story reason to, I’d still be inclined to say Romanov is her “real” last name, because she’s never known or used any other.