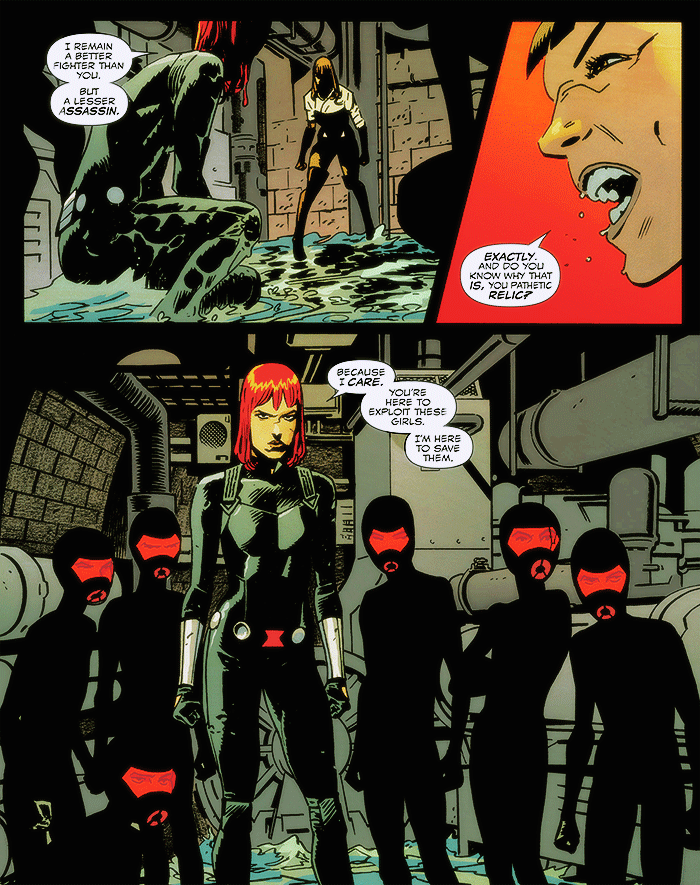 Natasha: I remain a better fighter than you. But a lesser assassin.
Anya: Exactly. And do you know why that is, you pathetic relic?
Natasha: Because I care. You’re here to exploit these girls. I’m here to save them.

From Black Widow #12 by Chris Samnee and Mark Waid.

I don’t think “little one” is really a specific to Yelena— it’s a way of mimicking a generic Russian diminutive in English and so it gets thrown into Natasha’s dialogue a lot. Rooskaya/Русская is a much more specifically Yelena nickname. As for Natasha and Anya being the same age, I don’t really think it matters in this context: Anya is marginal compared to Natasha and they both know it.

Re: the similarities with Yelena, it doesn’t bother me that much because those Yelena stories happened more than fifteen years ago, and if comics don’t actually repeat themselves, they do tend to rhyme. As someone who does like and care about Yelena, I don’t know that I would want her at the center of a story about bringing the old style Soviet Red Room back into its old child-trafficking glory.

Because Natasha doesn’t react to Anya the way she did to Yelena— she was cruel and twisted with Yelena but never lost sight of their shared victimhood. But Anya wasn’t part of the Red Room, was always an outsider, and the way to defeat her is to keep her out, to close the circle. The stakes have changed: for Natasha real victims are the girls that Anya is making, not the person Anya has made herself into. 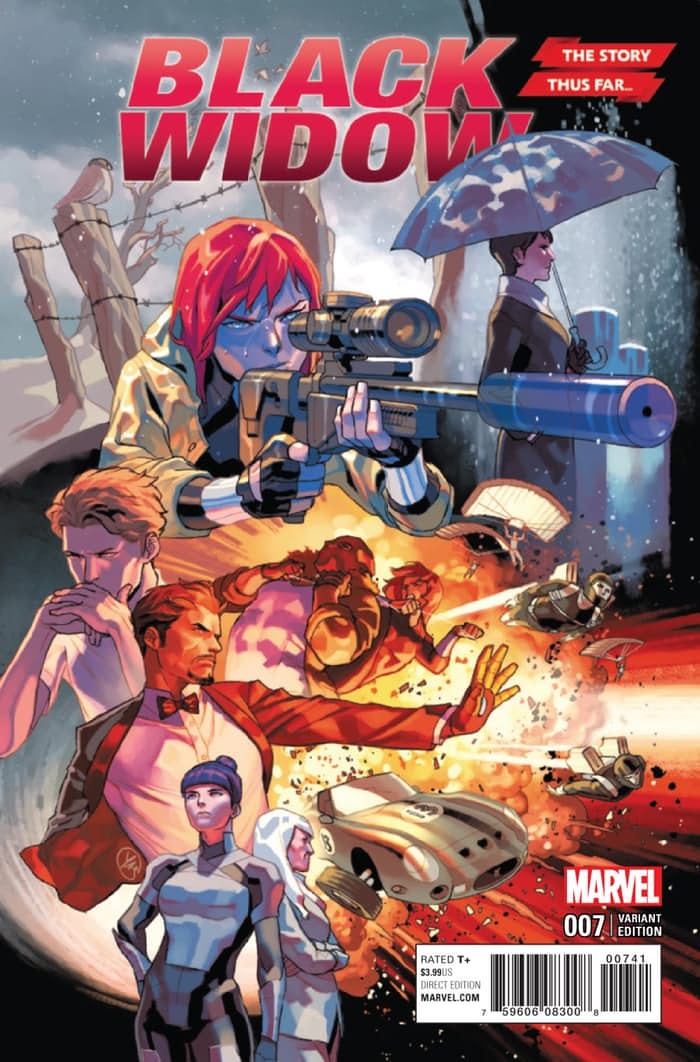