jillvredfield: Hey guys, I know you have a list of books she’s been in in the regular Marvel ‘verse, but where was she mostly featured in the Ultimates ‘verse?  Given she’s engaged to Tony there, I assume she pops up in Iron Man… anything else of note?

Actually, there was never an Ultimate Iron Man ongoing. There was a really weird origin miniseries by Orson Scott Card, but Natasha had nothing to do with it. She first appeared in Ultimate Team-Up #14 with a considerably different costume and look than she’d adopt in all her later appearances.

After that initial appearance, her story, design, and backround were established by Mark Millar and Bryan Hitch in their Ultimates run. She appears in the first two volumes of Ultimates, which are thirteen issues each. And that’s pretty much the entirety of her story. There are some other crossover miniseries where she appears: Ultimate War, Ultimate Nightmare, and Ultimate Six, all in the context of her membership in the Ultimates team.

I pretty much loathe what the Ultimate universe did to most of the long-standing female Avengers, and Millar’s run is a huge part of that! But the Ultimate Marvel aesthetic (if not the Ultimate Marvel characterization) was a major influence on the MCU, and Natasha’s membership in the original Ultimates line-up probably got her to the MCU faster.

After Ultimates v2 there were several other characters to adopt the Black Widow codename in the 1610 universe. I talked about them some here. 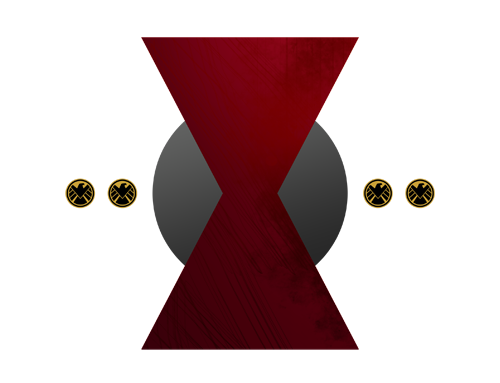 ragingufflepuff: I tried my hand at a Black Widow t-shirt design again, because there just isn’t enough BW merchandise out there – It’s very minimalistic, but maybe I’m not the only one who likes that? 🙂

There has been large amount of negativity in the fandom the last couple days in regards to Renner’s/Evan’s inappropriate remarks about the ONLY female lead in the MCU. In light of what has been happening, givemeunicorns has started #projectromanoff as a way to bring love and attention to our favorite super spy, Natasha Romanoff.

So tag your art! Your fic! Your photosets and gifs! Let’s see your metas and playlists and anything Natasha!centric that you can think of and tag it #projectromanoff.

Make sure to follow the blog to see everything all in one place! 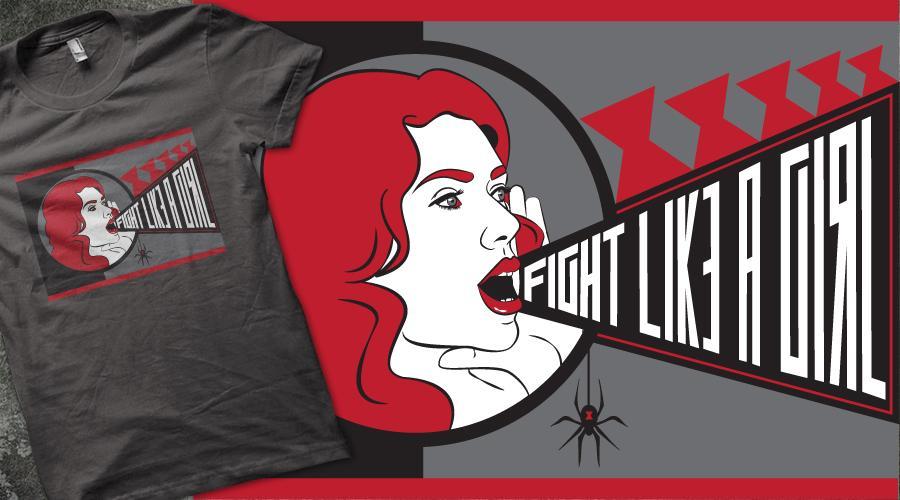 The Red Room. It’s where Natasha was raised… where she earned the rank of Black Widow. 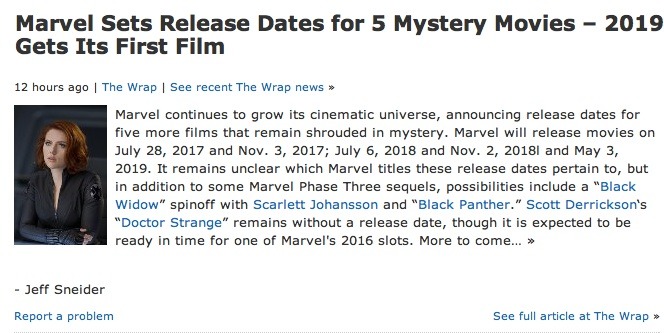 From IMDB, and filed under DON’T GET YOUR HOPES UP BECAUSE THEY’VE ALREADY TEASED A WIDOW MOVIE ELEVENTY-SEVEN TIMES (and we don’t even know where this dude got his information), BUT…

FYBW speaking: The bit about Marvel releasing dates for five unrevealed films is definitely true. But “unrevealed” means “they haven’t told us one of them is Black Widow.”

I made a Black Widow digital painting for fun.

01. Professional Killer / KMFDM / tragically yours obey and submit to me I will find you wherever you hide // 02. Chantal Claret / Black Widow / she’s a real black widow and she’s out to get you and when she sinks her teeth in you are through (replace brown eyes with green) // 03. You Know I’m No Good / Amy Winehouse / I told you I was trouble, you know that I’m no good // 04. Boing Clash Boom / Dada Life / Now it’s official I’ve sent my body on a mission I left my brain where it’s belonging cause I won’t need it where I’m going // 05. Miss America / Carolina Liar / You run in place until your legs, they shake, they ache, the pain don’t change a thing, it’s just another day // 06. Seen It All / Jake Bugg /  I’ve seen it all, I’ve seen it all now I swear to god I’ve seen it all nothing shocks me anymore after tonight //

This got too long for an ask, sorry!

The other day I finally finished reading the dreadful hunt for Black Widow arc, and it made me think about their relationship (mostly because every time I think of that arc, it kills a little bit of the part of me that ships it). There have always been pieces of their story that bothered me – how Bucky’s so casually able to beat her at hand-to-hand combat, how he helped train her because of strange Brubaker logic, how Alexi’s marriage with Natasha was retconned into being both arranged AND a product of brainwashing – but I still really like their dynamic. I’m fully expecting Captain America 2 to follow in Brubaker’s footsteps, but I was wondering how YOU would fit Bucky into Natasha’s origin? You’ve talked before about what you would like her origin story to be simplified down to, but Bucky never fit into that equation, and I was curious how you would make that happen. Especially since you’re anti-brainwashing, and that’s definitely a part of the origin Brubaker subscribes to.

So, uh, unexpected opinion time? I don’t have issues with the Bucky Barnes retcon factory. Brubaker added some stuff to Natasha’s past, but I don’t think he did much to change her origins.

The Winter Soldier affair is like that team-up with Wolverine and Captain America in 1942, or how Peter Parker was roommates with Brian Braddock in college, or Nick Fury and Reed Richards knowing each other from the OSS, or Carol Danvers and Ben Grimm flying a plane together pre-cosmic rays. Continuity acquires coincidences, you know? But these are all past stories without being origins, they say a little about where the character has been but do little explain where the character is always going, and why.

Natasha’s origins are Alexei, and the Red Room, and Ivan. Natasha began as an orphan of war, a soldier’s daughter. She bound herself to the Red Room to save her friend’s life, not understanding she was giving up more than her own. She met a hero-pilot during her training, and they fell in love, were wed. But that was a ruse, a way for her red masters to wed themselves to her in his place. She sharpened her grief into a weapon, with training, and practice, and time, and that is how she became the Black Widow. But you cannot have sharp grief without sharp loves, and eventually, that is what she used to set herself free. She discovered the lies of her faceless superiors, how she’d been used, and decided she had to make up for it, by doing superhero stuff. And keeping other people, other girls, from her old suffering.

There you go, that’s her origin, written out hastily, according to me. Also, since you asked for some elaboration: She had a daring affair with another intelligence officer, before she met Alexei, one summer of St. Petersburg white nights. It was before she realized what she had gotten herself into, what she was really up against— she thought she was clever enough, good enough, to disobey her superiors. She was wrong. The affair ended. Affairs do.

I don’t think any of that switches the important things around, makes the story about him, and not her. Her story has been told so many times in so many ways: it isn’t weak. It survives this.

I think Alexei is kind of a clusterfuck right now, but that’s really not Brubaker’s fault— and the entire twist of that marriage has always been that it was arranged by the KGB, though Natasha felt it genuinely. The brainwashing stuff really isn’t Brubaker’s idea either, though obviously he loves to brainwash basically everybody. I don’t really agree that Bucky’s been able to “casually” beat her at hand to hand combat. And I don’t think it’s ever implied that Natasha’s fighting capabilities sprung from a month of training with Winter Soldier and not a lifetime of lived experience. Heroes train with each other all the time, pretty much every Avenger has been taught by Captain America, it is no big deal.

The one thing I’d honestly change is that it was Winter Soldier who offered that serum to her and Ivan. That grace note always struck me as creepy and gratuitous. (But hey, also not Brubaker.)

Anyway, yeah, I wouldn’t write Bucky out of Natasha’s past (heh heh), now that he’s been written into it, or change very much at all. I just get frustrated, sometimes, when people mistake him for her origin. He’s not. He’s kind of like Budapest, in another story: a place Natasha passes through, not where she starts or stops.