i want to hear about that time jane foster got stitched up in the er by claire temple.

i want to know how karen page worked as a temp for stark industries, and how one day she spilled her coffee all over herself and pepper potts. she thought she was going too be fired but pepper was the one to apologize and pay for both their dry cleaning.

did you know christine everhart once interviewed maya hansen, but the article was passed over for more of tony stark’s misadventures?

one time maria hill was pulled from a mission because the day before she had sustained a concussion and a broken nose during a sparring session with melinda may.

bobbi morse and natasha romanoff like to argue about who came up with the “public displays of affection make people uncomfortable” trick, but they’ve executed it enough times together.

living with darcy lewis was hell because she kept stealing jane’s shirts and stretching out the chest. jane kept accidentally using darcy’s razor. she once sat on and broke darcy’s glasses. their cycles synced and whenever one of them got sick, the other was sure to follow.

whenever maya hansen and betty ross meet at a conference, they get horrendously drunk. they’ve been arrested for disorderly conduct and indecent exposure twice.

This is a collaboration piece between the both of us (Comfort and Adam) – we drew it together, and Adam colored it. The original was done for the Heroes Convention art auction, was a staggering 24”x32”, and was done entirely in Copic marker by both of us working at the same time. We’d sit side-by-side, markering away and watching Game of Thrones. You can see that piece here!

Before we started the marker, we scanned the lineart in pieces and reassembled it in Photoshop so we could do a color version. The result… is this. It took some time, but I’m extremely happy with it. We also swapped out Batwoman for the new Batgirl and Spider-Woman’s old costume for her new one (neither of which were around when we were making the original). It was always going to be impossible to fit everybody we wanted, so we set some rules – only 1-2 characters from a given group/team (so it wouldn’t just be a million X-Men and Bat-people), try to have at least 1 representative of all the major teams/books, start with the biggest marquee characters and work down from there, whether they’re currently alive is less important than their historical significance, but where possible aim for who’s most relevant today, try to have a diverse array of characters in terms of power, stature, personality, and build, and maintain equality between DC and Marvel.

The final lineup is as follows:

This little beauty will be available at emeraldcitycomicon at the end of the month! Hope to see you all there! 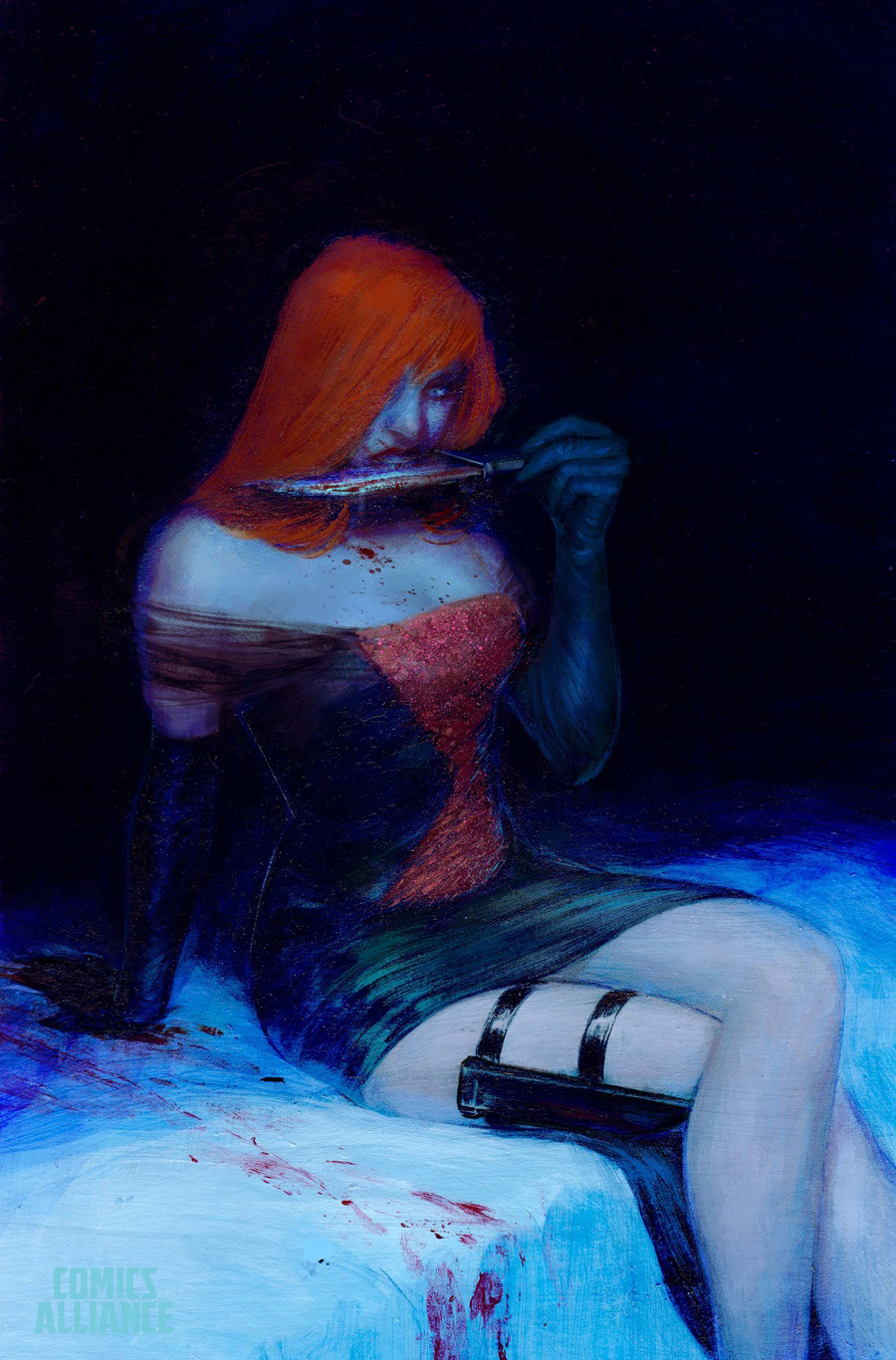 Marvel won NYCC this year with the announcement that Spider-Gwen, Gamora, and Silk are getting their own comic series, and Black Widow is getting a YA novel.

So honored to be a part of this! 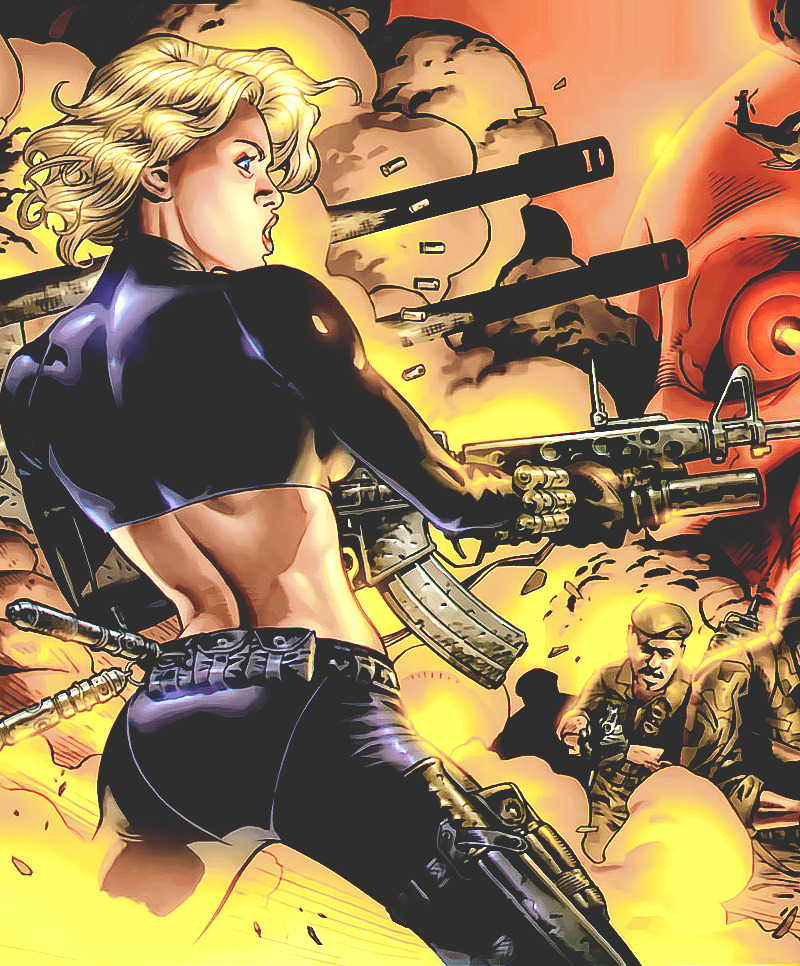 “You have turned your back on Russia! You are an American now, a super hero! I have parents back in Kiev waiting for me to make them proud. I have not forgotten what the Black Widow is at her core — a spy!”

CBR: Finally, Carol Danvers has become a fairly iconic character, and as the star of her own book is in position to become the premiere female character of the Marvel Universe. Or do you think she already is?
DeConnick: It’s a common enough question, but I can’t help but bristle any time we’re setting women against one another for “Top Broad” status.
CBR: That’s understandable — characters should be judged on their own merits instead of their place in an a created hierarchy.
DeConnick: Right. Spider-Man is the center of the Marvel Universe. After that, there’s room for everybody to occupy their own space.

Tom Brevoort, Marvel’s Senior VP of Publishing had some not awesome things to say today. You can read about them at this address: http://www.themarysue.com/marvel-tom-brevoort-female-characters/. DC Women Kicking Ass also wrote up an article that’s more in depth. You should give it a look. I’ll link these properly when I can. Unfortunately I can’t really format this well because I’m on my phone.

He basically said that female characters are important, but important characters don’t necessarily get headlines because they have to make decisions based on their audience (read: straight, white, male). He also said it’s our fault for not buying female led titles. Not theirs for marketing female characters poorly or for choosing D-List characters to headline.

We shouldn’t stand for this. I created a Twitter hashtag, #wereadcomicstoo. Let @marvel and @tombrevoort know how you feel about their attitude toward their characters and readers who don’t look like they imagine their core audience to be. Also let them know how you would like it to change. 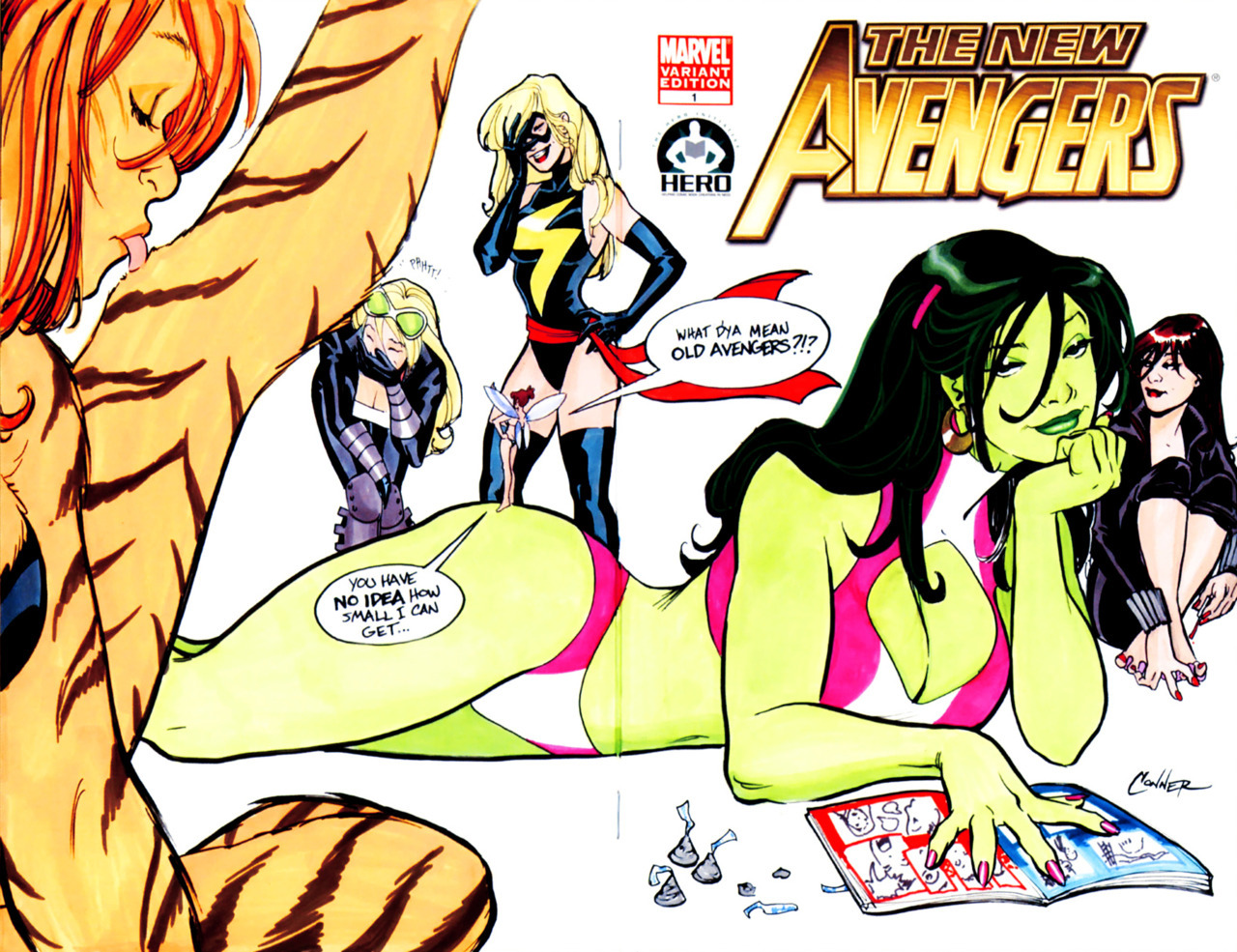 Marvel and the Hero Initiative teamed up to commission 100 top artists to draw on 100 blank New Avengers #1 variants, and action them off for charity. This is Amanda Conner’s cover.